The Jellybox series is expanding, which will not displease beginner users. Rincoe has created the Jellybox SE, a small pod with an integrated 500 mAh battery, capable of developing up to 13W of power and equipped with a 2.8 ml cartridge.

The Jellybox SE also has a striking transparent body and visible plastic designs on the battery. An aesthetic that is bursting with style.

Kit only compatible with the 1 ohm coil.

Anyone who looks at the Jellybox SE can only conclude that Rincoe has done a masterful job. It is true that this pod has a visual appeal that no one can ignore. It is made of PCTG and polycarbonate. It measures 79 x 24.5 x 19 mm and weighs only 30 g. It is therefore undeniably compact and at the same time slim and light. All this makes it easy to hold and carry. The user will be able to slip it into a pocket, a bag or a handbag without difficulty. 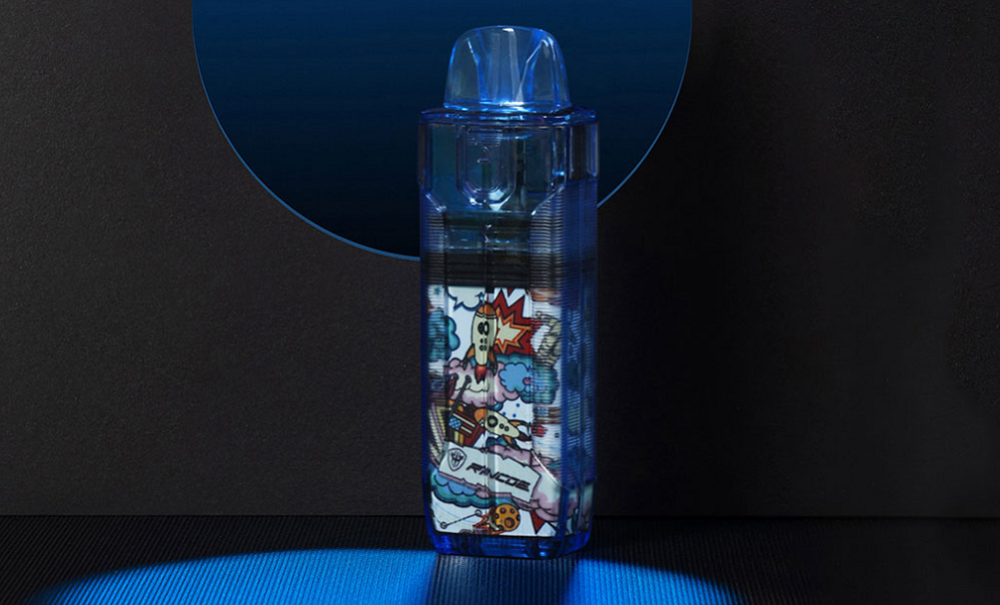 But where this Jellybox SE stands out is in its transparent sides, which leave the plastic compositions on the battery (one per colour) visible. These inspired works are not lacking in appeal. They breathe energy, fury, power and offer a singularity to each of these models. Rincoe has outdone itself.

A pod for beginner users 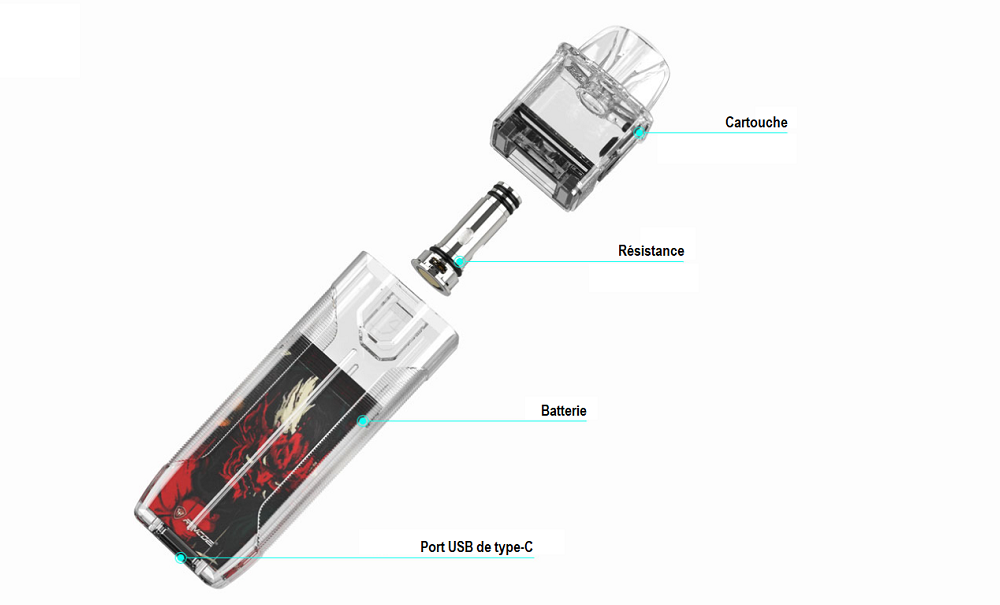 Although this is a small pod, it is nonetheless powerful and has convincing technical features. Its high-performance chipset is no stranger to these capabilities.

The integrated battery of the Jellybox SE provides 500 mAh of power, which is enough for one day of vaping. The battery is charged via a USB Type-C cable (included) and, during use, an LED indicator shows the charge level in several colours :

Rincoe has equipped the Jellybox SE with a cartridge whose sides are as transparent as the battery. This cartridge has a capacity of 2.8 ml, is side-filled and is compatible with the Jellybox Nano mesh coils. A 1 ohm coil is supplied and the range of values is between 0.8 and 3 ohms.

With this coil, it is possible to do MTL draw. However, this kit is not compatible with the 0.5 ohm coil. 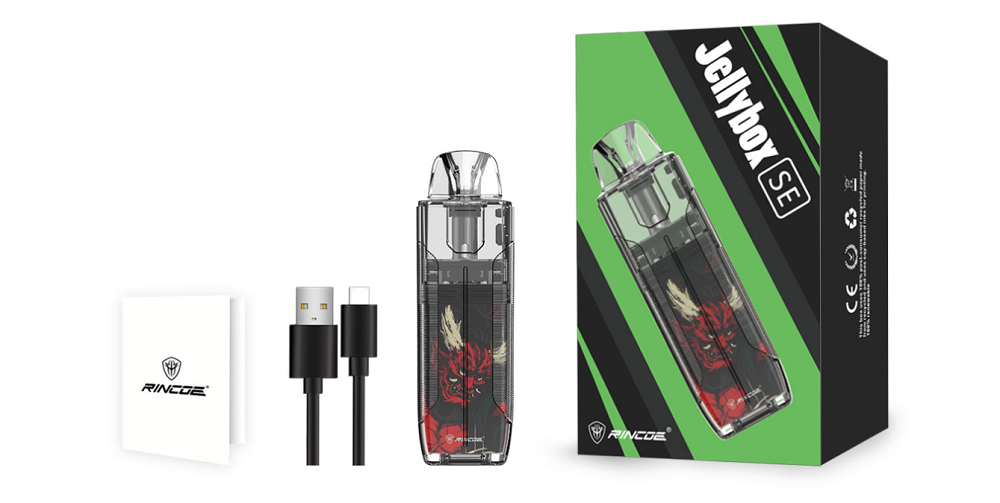 This pod is a tribute to Rincoe and its Jellybox series.There is nothing missing and while the experienced vaper will appreciate it as an add-on kit, the novice vaper will find everything they need to get started.

The Aspire Nautilus is a 5ml tank with an adjutable airflow that uses the BDC and BVC coils from aspire.

E-cig Brands, Aspire, Others
€2.57
Replacement glass with a capacity of 4ml for the Nautilus 3 of Aspire.
Add to wishlist
Add to cart
Quick view
black goldred goldRegulated boxs kits
Compare

Christmas box Aspire consisting of the kit Zelos Nano. With a built-in battery of 1600 mAh, 3 levels of power and 2 modes of operation, this kit has obvious advantages to rise to the level of kits of excellence. In addition, the Nautilus Nano serves as an atomizer. The vapoteur will take advantage of its capacity of 2 ml, its adjustable airflow and its compatibility with the Nautilus resistances.

The Zelos Nano Aspire is intended to draw MTL. It is an ideal kit for beginners.