The Hadron Lite Combo kit has a lot going for it. Created by Steam Crave, it delivers up to 100W of power, runs on an 18650, 20700 or 21700 battery (not included), offers 4 operating modes and is accompanied by the Aromamizer Supreme V3, a splendid RDTA with a capacity of 7 ml.

This Hadron Lite Combo – which is equipped with the SC 607 chipset – fulfils all the criteria to be admitted into the circle of the great kits on the market.

Aesthetics that stand out 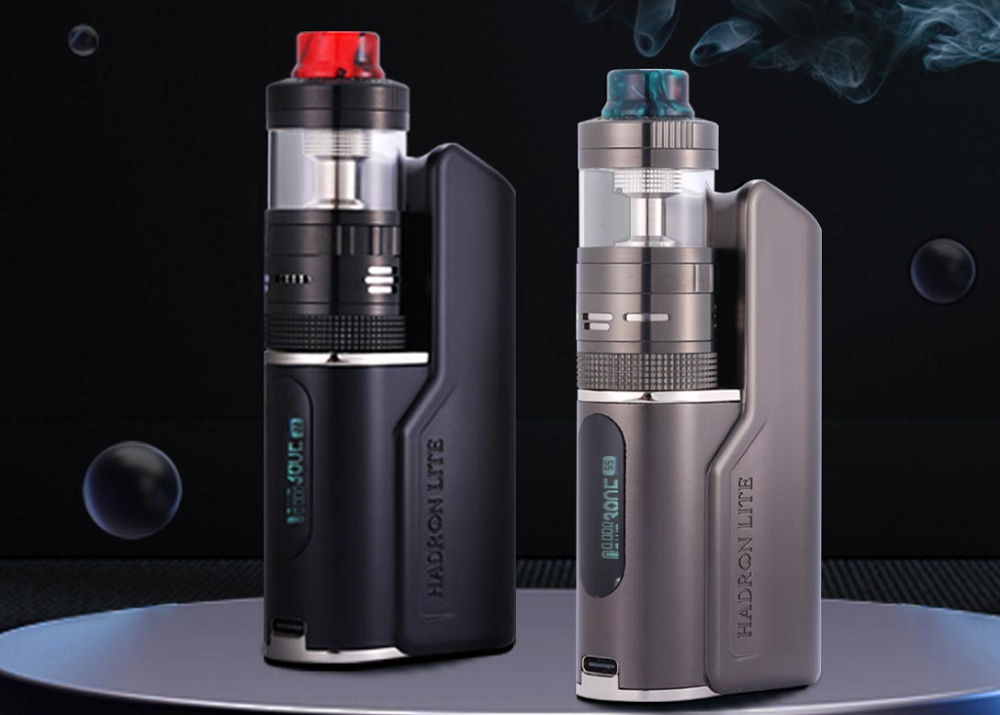 Steam Crave did not lack inspiration when creating the Hadron Lite Combo. Anyone who sees it can’t help but be impressed by the shape the manufacturer has given it. It measures 88 x 52.5 x 28 mm (without the atomizer), weighs 123 g (also without the atomizer) and benefits from zinc alloy as construction material. This is a robust, light and compact kit that the user will be able to take wherever he wants. 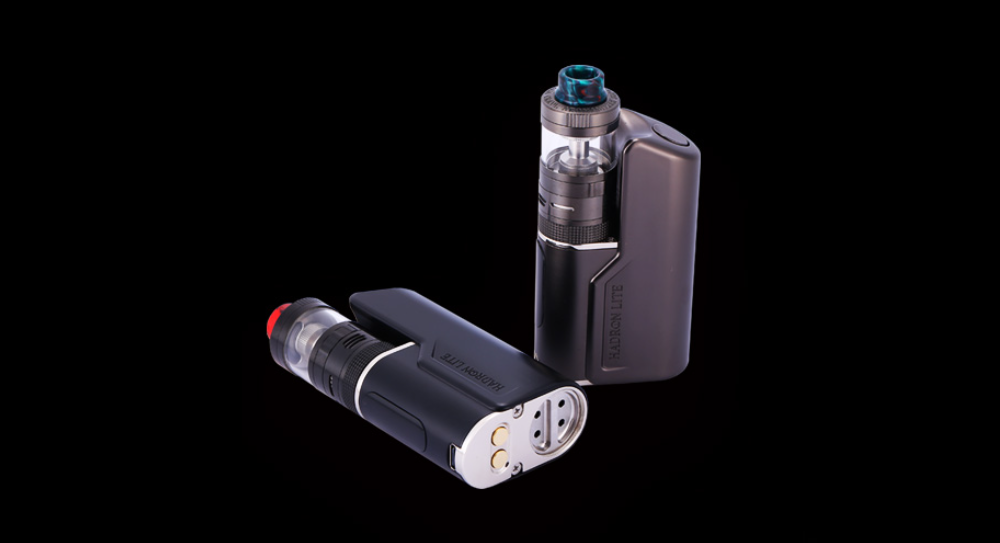 But this model is not only a perfect model for mobile users. It also has an original aesthetic with this atomizer parallel to the location of the battery. In addition, a screen on the front adds to the visual quality of the whole.

Equipped with the SC 607 chipset, the Hadron Lite Combo is powered by a single battery (not included). This battery can be an 18650, a 20700 or a 21700 and is charged with a USB type-C cable (included). However, it is advisable to use an external battery charger.

The power can reach 100W and there are 4 operating modes : 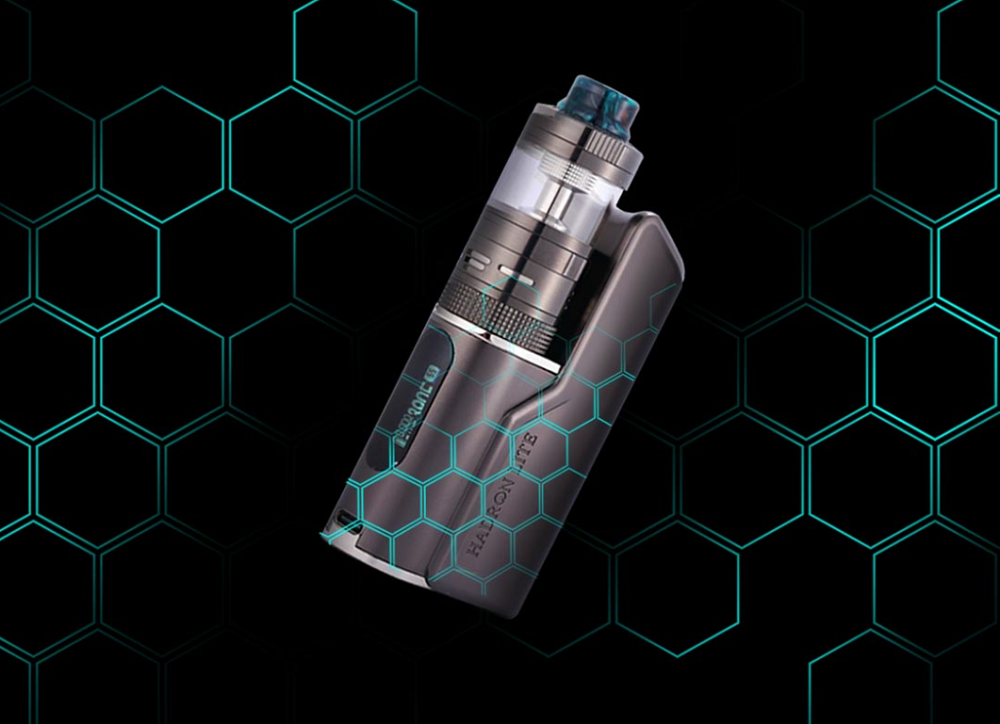 Otherwise, the kit has only the main button – ergonomic – and the “+” and “-” buttons underneath its base. The display is a 0.69″ OLED screen. It displays the vaping data. Finally, the kit offers 7 safety features. Among them, there is a device against short circuits, a device against inhalations that are too long (over 10 seconds) and a device against coils that are too weak. It should be noted that the box accepts coils with a value between 0.1 and 3 ohms.

The Aromamizer Supreme V3 as an atomizer

To form this kit, Steam Crave has added a high-level atomizer to the Hadron Lite box : the Aromamizer Supreme V3. Its capabilities are indeed impressive. It is a RDTA with a capacity of 5 ml (with a straight glass) or even 7 ml (with a bubble glass). Its diameter measures 25 mm, it is filled from the top and it is equipped with an adjustable airflow consisting of multiple perforations.

But where the Aromamizer Supreme V3 shines the most is in its versatility. We are dealing here with a rebuildable atomizer that can be single coil, double coil or dripper. Because if a single coil deck is pre-installed, the user can replace it by a Mesh deck or by a postless deck (both provided). The latter two have a special pin that allows the atomizer to be transformed into a squonk.

Finally, it should be noted that the box is equipped with a 510 spring-loaded connector, which makes it possible to attach numerous atomizers. Their diameter should not exceed 25 mm. 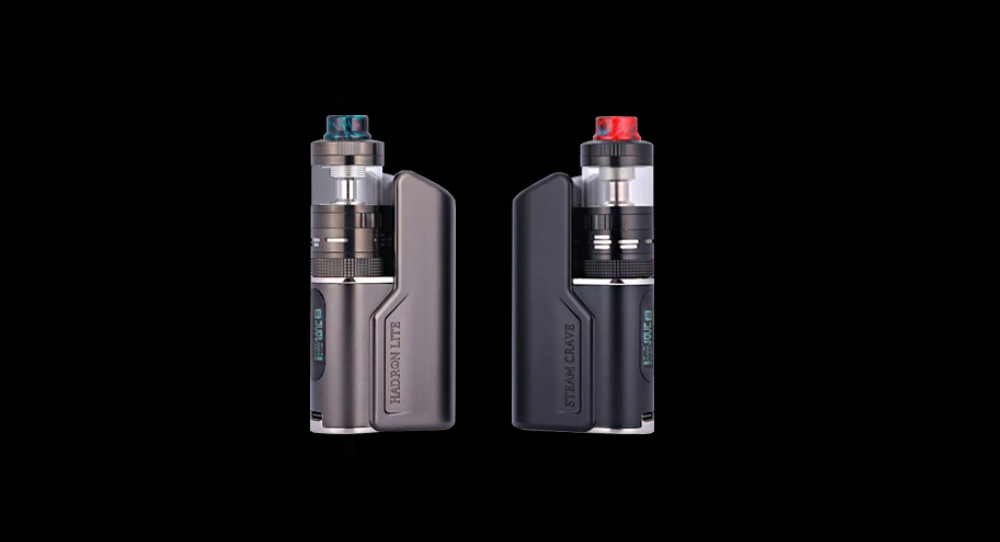 Steam Crave is no stranger to creating memorable designs.  With the Hadron Lite Combo kit, he strikes again, giving birth to a sublime kit, generating sweet flavours, intended for a DL draw and designed for experienced users. A faultless performance from this genius manufacturer.

E-cig Brands, Aspire, Others
€ 2.57
Replacement glass with a capacity of 4ml for the Nautilus 3 of Aspire.
Add to wishlist
Add to cart
Quick view
-8%
Compare

It is equipped with an built-in battery of 3200 mAh, a TFT color display of 0.96". The Aspire ASP chipset allows you to navigate through different modes such as power, voltage or temperature control.

Aspire has no equal when it comes to creating quality kits. This Zelos Nano proves it. With an integrated battery of 1600 mAh, 3 power levels and 2 operating modes, this kit has obvious assets to rise to the level of excellent kits. In addition, the Nautilus Nano serves as an atomizer. The user will be able to take advantage of its capacity of 2 ml, its adjustable airflow and its compatibility with Nautilus coils.

The Zelos Nano from Aspire is intended for MTL smoking. It is an ideal kit for beginners.

The Aspire PockeX is the ultimate pocket All-in-One (AIO) device. Packed with a 0.6Ω stainless steel U-Tech coil, the PockeX is a sub-ohm device. The PockeX has a wider drip-tip and larger top-airflow allowing for increased vapor production.