The Obelisk 120 FC box from Geekvape can deliver up to 120W of power. Equipped with a built-in 3700 mAh battery, it has a very long autonomy and can remain without being charged for two days.

Its battery can be fully recharged with the included USB-C cable and this box can also be transformed into a backup charger for other devices. 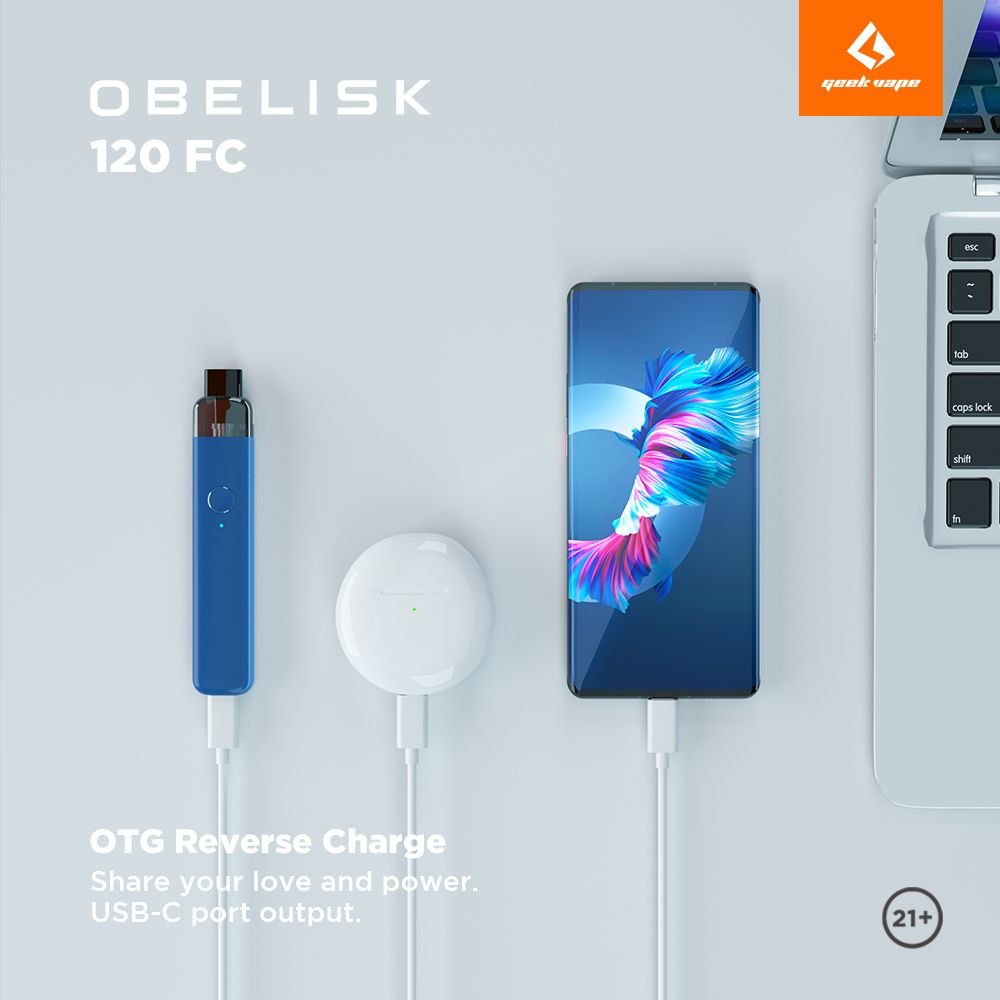 The particularity of this box lies in its battery. Overpowering with 3700 mAh, the battery of the Obelisk mod can act as a charger for other devices of all kinds. From the phone to the headphone box through another electronic cigarette.

Another feature, it lasts up to two days and can be fully recharged with the USB-C cable included. When most other boxes recharge quickly but rising to more than 50 degrees, the box Obelisk does not overheat during the charge and does not exceed 45.8 degrees. 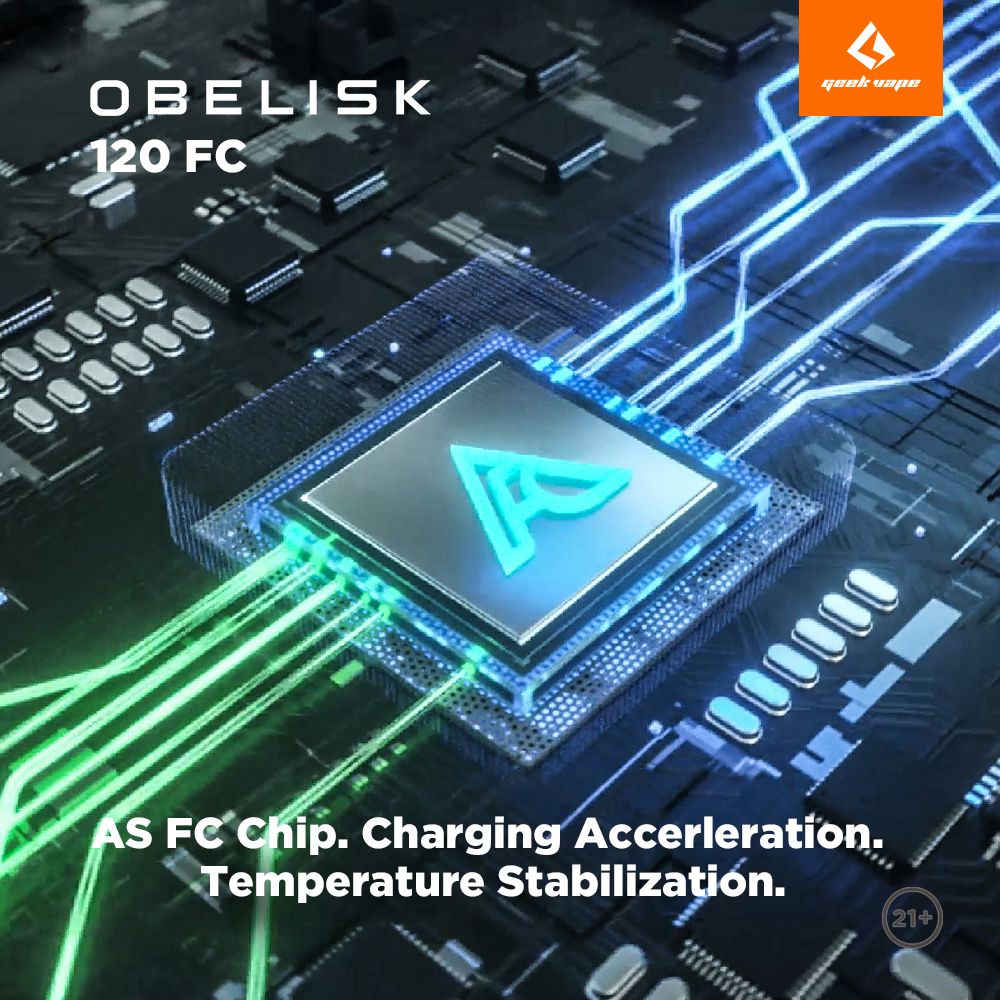 The Obelisk 120 FC is equipped with the AS FC chipset which allows it to speed up the recharging and to stabilize the temperature. It is also thanks to him that we can find a full range of operating modes in the box: Power / TC-TSS / TCR / VPC / Bypass / OTG. OTG does not allow you to vape, but to recharge other devices.

AseptiVape Spray cleans and prevents the growth of bacteria, fungi and viruses. It will be ideal for cleaning and disinfecting your drip tips or your vape gear.

Ambition Mods and The Vaping Gentleman have teamed up to create this rebuildable atomizer. With a 3.2ml tank, airflow adjustable via air pins and a single coil deck, this Ripley RDTA allows for both MTL and RDL and guarantees perfect flavour reproduction. A remarkable model.

E-cig Brands, Aspire, Others
€2.57
Replacement glass with a capacity of 4ml for the Nautilus 3 of Aspire.
Add to wishlist
Add to cart
Quick view
-8%0.6 ohm1.2 ohms
Compare

E-cig Brands, Aspire, Others
€15.40
Pack of 5 coils with a value of 0.6 or 1.2ohm for the Aspire PockeX.
Add to wishlist
Select options
Quick view
Shopping cart
close